According to Webopedia, cybercrime refers to any criminal act that is done using computers and networks. This also includes crimes done over the internet for example cyber bullying or credit card account thefts.

Cyber crime encompasses any criminal act dealing with computers and networks (called hacking). Additionally, cyber crime also includes traditional crimes conducted through the Internet. For example; hate crimes, telemarketing and Internet fraud, identity theft, and credit card account thefts are considered to be cyber crimes when the illegal activities are committed through the use of a computer and the Internet.

What kind of a person is a cyber-criminal? A cybercriminal is faceless thanks to the internet. They can be anyone and can act from anywhere so long as they have a communications device that can access the internet. But this kind of person has some type of characteristics behind the mask.

What does profiling tell us about the “typical” cybercriminal – the person who uses computers and networks to commit crimes? There are always exceptions, but most cybercriminals display some or most of the following characteristics:

Some measure of technical knowledge (ranging from “script kiddies” who use others’ malicious code to very talented hackers).

Disregard for the law or rationalizations about why particular laws are invalid or should not apply to them.

High tolerance for risk or need for “thrill factor.”

“Control freak” nature, enjoyment in manipulating or “outsmarting” others.

A motive for committing the crime – monetary gain, strong emotions, political or religious beliefs, sexual impulses, or even just boredom or the desire for “a little fun.”

In the past a criminal had to go through your trash or steal your mail. Nowadays thanks to the internet everyone’s information is found online. All the criminals need to do is trick you to give it to them. These guys means business. They are organized and work as a team in order to dupe many people as possible.

Most cyber-crimes are committed by individuals or small groups. However, large organized crime groups also take advantage of the Internet. These “professional” criminals find new ways to commit old crimes, treating cybercrime like a business and forming global criminal communities.

Criminal communities share strategies and tools and can combine forces to launch coordinated attacks. They even have an underground marketplace where cyber criminals can buy and sell stolen information and identities.

It’s very difficult to crack down on cyber criminals because the Internet makes it easier for people to do things anonymously and from any location on the globe. Many computers used in cyber attacks have actually been hacked and are being controlled by someone far away. Crime laws are different in every country too, which can make things really complicated when a criminal launches an attack in another country.

Cybercriminals are now changing tactics. They are holding your computer at ransom. You do not have control of your computer until you pay the amount of money that they are demanding. They do this when you download something.

“Taking advantage of people’s desire to get a good deal, cybercriminals are bundling malware with free programs and free software packages that can be downloaded online,” Raines explained. “For example, a typical scenario is someone that has a file they downloaded from a website that they can’t open, because they don’t appear to have the right software installed to open it. As a result, they search online and come across a free software download that might help them open the file. The free download also comes with other add-ons. In addition to what the person thought they were getting, the download also installs malware.”

“For cybercriminals looking to make a quick buck, this is an increasingly alluring tactic,” Raines said. “The concept is simple: cybercriminals digitally hijack a person’s machine and hold it for ransom; refusing to return control of it or their files until the victim pays a fee. In many cases, control of the computer or files is never returned to the victim, causing them to lose valuable data, pictures, movies, music, etc.”

That malware may be installed immediately, or at a later date, as it assesses the victim computer’s profile. It could be months or even years before the victim notices the infection, as often these malicious items operate behind the scenes with the only visible effect being slower performance on the system that was infected. 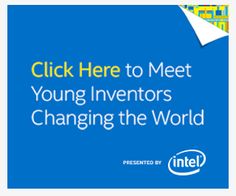 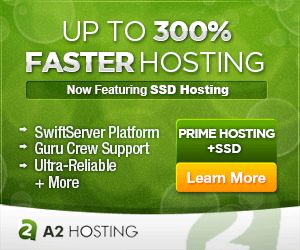